The Hidden Dangers of Sleep Apnea

Sleep Apnea is a silent killer. Most people don’t even know they have it when it could be making drastic changes in someone’s life without them even realizing it. Some of these changes could actually be impacting their livelihood. Actually, most of these changes will be hurting them is some way shape or form.

According to the Cleveland Clinic over 80% of Sleep Apnea cases go undiagnosed. If this figure is accurate that would mean 1 in 18 Americans have Sleep Apnea.

This includes grandparents, aunts, women, children, African Americans, and Whites. Sleep Apnea – although more likely in some demographics – can target virtually anybody. Nobody is safe from Obstructive Sleep Apnea.

There are many reasons, but a few in specific have been ruining the numbers far more than the rest.

With new research popping up everyday about it’s only a matter of time until this isn’t a problem anymore. But sadly, many doctors still just aren’t aware of the symptoms and just basic information surrounding Sleep Apnea.

Many times doctors will diagnose someone with Narcolepsy or some other sleep disorder instead. The many symptoms that fall under Sleep Apnea also fall under many other conditions which can make diagnosing patients difficult for doctors in some cases.

If you go to Premier Sleep Solutions we have a very clearly outlined sleep protocol that can be tailored exactly to each patient’s needs so they won’t have problems with us like they will with other doctors.

Imagine someone with Sleep Apnea. If you’re not thinking of a relative you’re probably thinking of a middle-aged, overweight, white, male. The fact of the matter is that this stereotype – while still holding some truth – is unhealthy.

People are less inclined to get tested for sleep apnea because they think that makes them automatically fat. Sleep Apnea is more likely in overweight people, but it isn’t always the case. Like I said, almost anyone can get it so there isn’t really a reason for the stereotype to continue to exist.

The public just doesn’t know what Sleep Apnea is

With a lack of publicity, many people don’t know what’s happening when they’re presented with the symptoms most commonly associated with Sleep Apnea. People are constantly tired, snoring all the time, and find themselves waking up during the night but they won’t know what to do about it.

The media has given this issue more attention so more people will be informed, hopefully, this problem should disappear with time. But it’s still the responsibility of each individual person to study it for themselves.

What are the long term effects we can see from this

You can currently see and will continue to be able to see a culture that romanticizes sleeplessness. I mean surely you’ve heard people joke about how little sleep they got and probably laugh about it. But the ramifications of this are terrible, it makes people – who otherwise might have seeked treatment – ignore their symptoms and live on their drowsy lives.

Inform yourself and encouraging others who could have Sleep Apnea to get tested and you could potentially save lives.

If you have any questions about OSA or other sleeping conditions don’t be afraid to contact us at any of our four locations. 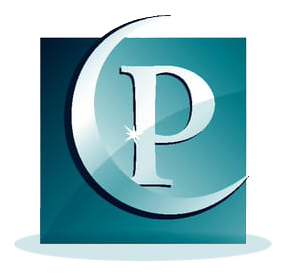